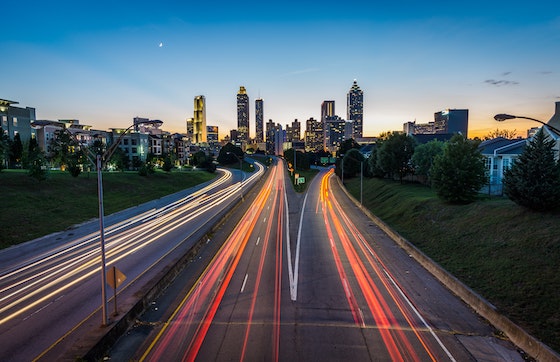 From sustainability to equitability to helping the climate, here's how the Infrastructure Investment and Jobs Act (IIJA) can lay the groundwork for America's future.

The Infrastructure Investment and Jobs Act (IIJA), which, at the time of post, recently passed the Senate, calls for spending $550 billion on the country’s roads, railways and bridges.

Such numbers don’t tell the whole story, though.

How the money gets spent is potentially more important than its allocation.

Funding can be used to continue the country’s current approach to urbanization and transportation, or it can be used for change — promoting sustainable communities, lower emission, safer driving and better public transportation.

For example, spending the money in the bill to fix decaying roads and bridges would undoubtedly be good.

Spending money to fix roads while reducing the number of lanes to bring capacity in line with volume, thus reducing future maintenance costs, would be better.

Yet building additional highways and bridges could be bad — the construction may not address maintenance issues and it could make future maintenance even more expensive.

There are a number of roadway projects from the last two decades that should be warning signs. Where, instead of spending money on maintenance, hundreds of millions of dollars were spent on adding lanes, or building bypasses, to save truckers and commuters a few minutes at most.

Adding lanes is often a bad move for equity, climate change and good transportation, as it can result in a phenomenon known as induced demand. This is where the extra lanes temporarily result in less traffic; however, as people become attracted to the apparently open road, levels soon rebound to greater than before.

An example of induced demand would be the Katy Freeway in the Upper Gulf Coast of Texas, where the highway connecting Houston to the suburb of Katy is now 26 lanes.

There are certainly plenty of ways to spend half a trillion dollars.

Expanding urban, regional, and intercity rail networks would help many more people get around with less fuel consumption. In turn, this initiative would provide another way to combat climate change.

To do so, though, the United States would have to overcome a lackluster track record of cost-effective rail construction.

According to the Transit Costs Project, the United States ranks sixth globally in expenses when it comes to building rapid-rail transit infrastructure. The only countries with more expensive costs do much more tunneling than the US.

The IIJA presents the nation with an opportunity to reinvent itself with regards to mass transit, reaping all the benefits that come along with it.

With regards to safety, transportation officials can dramatically assist enforcement efforts by designing streets for safety.

This could entail forms of traffic calming, separated bike and bus lanes, and updating road dimensions. There is a dramatic difference in the way people drive down a narrow lane versus a wide one, and one of the best ways to promote safety is by reducing speeds — and conflicts — between cars, bikes, and pedestrians.

Similarly, planting trees on the side of the road helps slow cars, cools sidewalks, and increases both the land value and the perception of the neighborhood.

Bike lanes separated from the street by a substantial barrier, even a parking lane, can keep cyclists safe and cycling attractive to everyone. They also help reduce speeds by reducing lane widths, as the street needs to be repainted for the bike lanes, parking, and the drivers already using it.

The $39 billion for public transit could be transformative for cities that currently lack options for residents who find the cost of cars too burdensome. But, again, it’s important for the money to be spent well.

Fort Lauderdale, Florida, for example, used to have its bus network on a “hub-and-spoke” design; however, officials were puzzled by consistent low ridership numbers despite low fares and a high population without cars. They investigated and found that because Fort Lauderdale isn’t a traditional city, with the vast majority of jobs concentrated in a downtown, a bus network designed around people commuting downtown and back wasn’t getting folks where they needed to go.

Groundwork for the Future

As the IIJA moves toward final approval, agencies charged with spending the money it provides can begin working to lay the groundwork for a virtuous infrastructure cycle.

They can make data-driven decisions to help their constituents, and make communities safer, sustainable, more equitable, and more efficient.

Illinois Senator Everett Dirksen is credited with saying “A billion here, a billion there: pretty soon you’re talking real money” in regards to the federal budget. And while the infrastructure bill may not be as large as some activists or lobbyists wanted, careful and wise choices can provide an outsized impact, especially for the environment and disadvantaged.