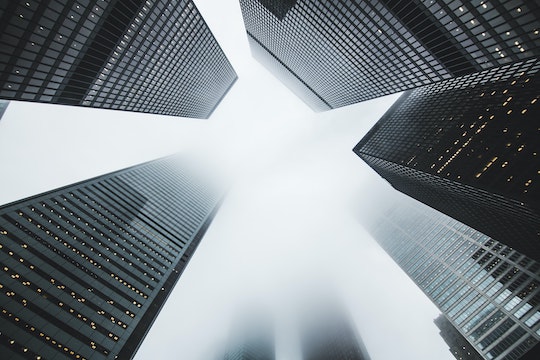 Modern digital twin technology has completely redefined workflows and collaboration across a number of industries.

Digital Twins are increasingly used across many industries and by policymakers to predict the outcomes of complex processes and keep stakeholders involved and updated.

Fundamentally, a digital twin is a computer model of a system or place.

A traffic planner might have a twin of all the roads in a city, a contractor the twin of the building they’re working on, and so forth.

What distinguishes them from earlier models or blueprints is twofold.

Firstly, they are dynamic. When a change needs to be made, everyone working on the twin sees it immediately.

Secondly, they’re collaborative. The electrician and the plumber working with the contractor both input their contributions, so everyone knows where the pipes and wires will go.

Digital twins are among the most robust digital tools available.

A Brief History of Dynamic Models

People have been making models for millennia. They have generally grown in sophistication with the projects and available technology.

Dynamic models that change with conditions are very recent, however.

One of the first was Moniac, which used water flowing through pipes to model the British economy after the second World War.

Constructed by a graduate student, Moniac was a surprisingly robust model.

Digital modeling began around the same time, with electromechanical computers designed to compute firing solutions for submarines during the war.

This was complex because the sub would be maneuvering, the target ship would be moving, and environmental conditions, like currents, could affect torpedo trajectories.

All this would need to be computed in order to accurately hit something.

As far as digital twins go, one of the big milestones occurred in 1989, when the computer game SimCity premiered.

A remarkably sophisticated simulation — sold with a manual that included excerpts from Jane Jacobs, Christopher Alexander, and Jay Forrester — it was one of the first games without a points system or a win condition and was the beginning of all simulation and sandbox games.

Crucially, it responded to the player’s actions.

Raising taxes could reduce a budget deficit, but also reduce the population or economic activity. You could build extra police stations to deal with a crime wave, but your citizens would complain about living in a totalitarian state where most of the city’s resources were devoted to policing.

Growth had to be balanced against expenditures and services.

While constrained in many ways, such as the player not being responsible for education, and unrealistic in others (the player-mayor never needs to run for reelection and can bulldoze or build anything instantly; every city has to have its own, city-owned power plant), SimCity nevertheless made it possible to do urban modeling in an understandable way.

The Boston Redevelopment Authority built a 1:40 scale model of Boston’s central neighborhoods in the 1980s, though it was naturally not dynamic.

But in 1990 The Providence Journal arranged for a simulated version of Providence, RI to be created and invited the six people running for mayor to play as mayor, then monitoring how they performed.

Five accepted the newspaper’s invitation and the competition was “won” by Buddy Cianci, who also went on to win the election.

While the Providence Journal’s experiment has rarely been repeated, the idea of simulating cities has not.

A few years ago IBM launched CityOne, a program that “gamifies” urban issues as a way to look at planning.

Modern digital twins not only combine blueprints, engineering plans, and other technical documentation, they also allow every contractor to see where everything goes in the final product.

For instance, a digital twin used in construction will include things such as where landscapers are planting trees and flower beds; the layout of the irrigation and sprinkler systems; the location of light fixtures and furniture inside the building; and even the studs inside the wall.

Conflicts between the placements of anything can be seen, highlighted, and resolved long before anything is built. The results are enormous savings of time and money.

Digital twins are some of the most robust tools planners have available to them today.

As the world becomes more interconnected and computer processing power continues to make leaps and bounds, they will surely be growing in sophistication.

Any city or county without one will fall behind in its ability to serve the citizens and accomplish projects within scope.