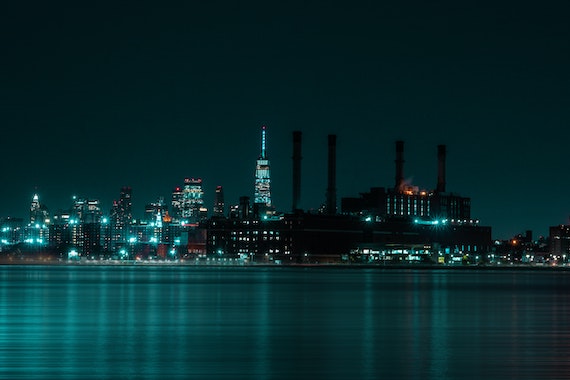 As the United Nations puts it, “Economic and social progress over the last century has been accompanied by environmental degradation that is endangering the very systems on which our future development . . . depends.”

Everyone admits that we sometimes need to cut down trees to make things, but clear-cutting the forest means that once it’s gone, it’s gone.

If world population rises to 9.6 billion people by 2050, according to the United Nations, it would require three planet’s worth of resources to maintain everyone in a current, Western lifestyle.

Hence the task for entrepreneurs, scientists, and engineers becomes more pressing: discover and promote ways more people can enjoy basic goods like shelter, clean water, and food — much less modern conveniences like air conditioning or internet access — without consuming all the resources.

In many ways, this is simply an extension of the industrial revolution. If we had to depend on wood for heating and animals for transportation, there would be little wood remaining, while major cities would be buried in horse excrement.

Instead we developed better ways of harnessing energy and machines that can do far more work than any draft animal.

According to the United States Environmental Protection Agency, in 2018 168 million tons of municipal solid waste were sent to landfills while only 69 million tons — about 24 percent of the total 292 million tons — were recycled.

All in all, the average American produced 4.9 pounds of waste a day.

Over 20 percent of waste is food, while around 23 percent is paper or cardboard. Surprisingly, only 12.2 percent was plastic, while 12.1 percent was yard waste.

The food waste number is especially worrying from a sustainability perspective, as it means roughly a pound of food is discarded by the average person every day.

But there are ways to maintain the positives of our lifestyles and economy while reducing or eliminating the negatives.

Transportation is a huge contributor to global climate change.

The EPA reports that transportation accounts for 14 percent of global carbon dioxide emissions.

Emissions from moving goods are also going up. According to Statisa, emissions from trucks are 80 percent higher than they were in 1980.

On one hand, cars and trucks must meet emissions standards, owners pay taxes, and companies are constantly improving engines to consume less fuel — as well as transition to electric vehicles. Yet on the other, the global shipping industry accounts for three percent of total emissions, according to Vox, and is largely fueled by especially dirty bunker oil, which is largely unregulated.

Pollution from cargo ships is estimated to cause over 60,000 deaths a year.

In other words, shortening supply chains will not only save money, but help save the planet, too.

Agriculture, especially raising animals for meat, is another carbon intensive threat to sustainability.

For example, growing corn for feed contributes to a monoculture that requires a great deal of chemical fertilizers to maintain. These, in turn, run off into rivers, resulting in phenomena like the dead zone in the Gulf of Mexico from the Mississippi’s discharge.

Agriculture has other environmental effects.

According to the World Wide Fund for Nature, 80 percent of deforestation in the Amazon rainforest is to provide grazing land for cattle, releasing 340 million tons of carbon into the atmosphere.

As a result, reducing meat consumption, or eliminating meat in favor of plant-based substitutes, can help make food more sustainable.

Planning for a sustainable future

One of the major reasons economic and environmental sustainability are sometimes at odds is because many of the environmental issues associated with economic activity take the form of externalities.

These are when the negative effects of something are borne by society, as a whole, rather than the cause of that something.

For example, a city mostly powered by coal is supported by power plants that are often tens or hundreds of miles away. So the pollution these plants generate must be dealt with by society, but the people consuming the power are not usually affected by it.

Various economists have proposed different ways of making externalities visible, usually with some kind of carbon tax; however this option is often politically unpopular.

Nevertheless, when it comes to sustainability, only real costs will produce real prices to guide consumer behavior.