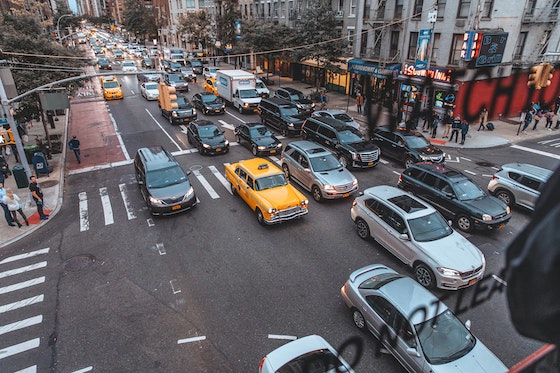 As part of the Safe Streets and Roads For All program, USDOT is making grants to municipalities implementing “advanced transportation technologies” as part of their safety systems.

While the term “advanced transportation technologies” is ambiguous, there are a number of new and existing (already deployed) technologies capable of improving safety.

Here's a lst of some of the more progressive tools being deployed around the nation.

Ask a first responder or TSMO official about their top goals, and inevitably there will be mention of a desire to be more proactive.

By nature, first responder is a reactive job (it's in the title ... responder). Regardless, they are always looking for ways to shorten response times — shaving minutes can be the difference in saving a person's life or keeping millions of dollars pouring into the economy.

Tools like Urban SDK's crash forecasting software provide these safety officials with a leg up by way of machine learning.

Factors such as historical crashes, road conditions, and even weather are used to determine areas with the highest probability of a crash.

Having this information enables better deployment for officers, clearance vehicles, and other safety personnel to reduce congestion.

One technology that has seen renewed interest is automated traffic enforcement using cameras and AI systems.

This tech was originally developed as speed cameras that photographed cars breaking the speed limit, which then sent tickets to the address associated with the car’s license plate.

These days automated enforcement can also be used to identify vehicles failing to stop at red lights and enforce HOV lanes.

The main advantage of ATE is that it makes enforcement much less dependent on police presence — which means more violations will be cited and police don’t need to do as many traffic stops. This not only allows the traffic to flow freely but reduces the number of potential conflicts between police and motorists.

Automated traffic enforcement has raised Constitutional issues, since the citations would be automatic and require no human accuser. The operation entails a great degree of surveillance by the government, potentially violating the rights to due process and protection from unreasonable searches and seizures.

However, other countries have not had a problem with people’s rights being violated by ATE, and the proliferation of private cameras in the last decade or so means many people are under constant surveillance anyways.

Moreover, traffic violations tend to be misdemeanors rather than felonies and many of them are already treated in a similar fashion.

An emerging technology that could make a huge difference to traffic safety is vehicle-to-infrastructure (also known as V2I or V2X), communication.

Smart sensors embedded in roads and bridges, or specific signals would alert the car and driver of the actions they would need to take.

For instance, a system could alert drivers about a crash so they would know to avoid it, or an area could be geofenced to keep cars out for a special event.

Data analytics solutions like Urban SDK can also integrate with these datasources to help planners and TSMO officials visualize traffic trends and patterns.

A final technology that combines elements of both is real time traffic management.

This uses sensors, cameras, and machine vision to watch roads, especially at intersections and if certain conditions are met. The timing and sequence of the traffic signals can be adjusted to help traffic flow, protect pedestrians and cyclists, and even help buses stick to their schedule by turning lights green for them to get through traffic to bus stops.

Real time management can also quickly direct first responders to crashes and keep traffic moving for them to arrive.

In addition to varying signal time, real time management can also cancel signals that aren’t being used. For example, if no one is making use of a pedestrian crossing it can be canceled until it is needed. Similarly, if one street at an intersection has no cars on, there’s no point in stopping the cars on the segment that has them with a red light.

These data streams and tech deployments are made even more valuable when visualized on a platform like Urban SDK inside an RTMC (Regional Transportation Management Center), where officials can monitor traffic, coordinate responses to incidents, and stay on top of a region's intelligent transportation systems.

The United States has lagged behind other countries in deploying life-saving technology to roadways. This grant program is overdue in helping states and municipalities address these problems without resorting to failed strategies.