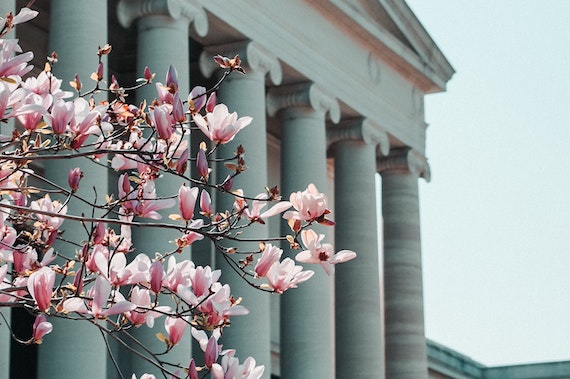 Leveraging Policymaking as an Aid to Sustainability

There are many levers policymakers can pull on to aid with sustainability and help promote sustainable practices.

The Inflation Reduction Act Congress is the most significant climate legislation the United States federal government has made law in a long time.

The law makes use of a number of policy areas to advance renewable energy, sustainability, and mitigate the impact of climate change, including industrial and tax policy. According to the Democratic Senate caucus, the bill will reduce the deficit by around $300 billion and reduce carbon emissions by 40 percent by 2030.

One area that could make an additional difference, but we likely won’t see is monetary policy.

Industrial policy is the use of regulations, subsidies, and incentives to direct industry to certain goals perceived to be in the national interest, essentially using law to make business interests align with the goals of the country’s political leadership.

Industrial policy has become a hot topic in Washington, partly because of Donald Trump’s success with making the decline of industrial jobs a political issue and partly because of the Covid-19 pandemic, which demonstrated the country’s vulnerability to lengthy, distant supply chains.

It’s important for sustainability because the United States used to be a leader in manufacturing renewable energy technology — solar panels, inverters, batteries and so on — but Chinese firms have outstripped and undersold American ones, in large part due to Chinese industrial policy.

While the US still does a lot of basic research, it increasingly  leaves the development of businesses and products to others. As a result, we import many solar panels and associated technology at the cost of high carbon emissions from shipping them across the Pacific.

Increased domestic manufacturing would reduce the carbon footprint, all for discarded modules to be refurbished more easily and take advantage of domestic supplies of resources like polysilicon, which China restricts its firms from importing from the US.

In early 2022, the Biden administration announced several initiatives to support green industry, including $8 billion to promote clean hydrogen and establishing a Buy Clean task force to get the federal government to buy low carbon products. It will also establish trade policies to support low carbon steel and aluminum, as well as fund research in carbon capture and decarbonization.

“The power to tax,” as Chief Justice John Marshall observed, “is the power to destroy.”

But it can also be the power to nurture.

The Inflation Reduction Act provides multiple tax credits to promote domestic solar manufacturing, encourage people to put solar panels on their roof, and buy electric vehicles. Other renewable and low carbon technologies will be tax credits, too, including hydrogen, nuclear and wind.

Some economists view the use of tax credits to promote domestic manufacturing as much more effective and better for the economy overall than tariffs.

The federal incentives will add to incentives promoted by the states. Many have their own rebates for rooftop solar and electric car purchases.

Monetary policy is employed by central banks in pursuit of macroeconomic goals, like full employment or low inflation. They use their position in the banking system as the lender of last resort and issuer of currency to influence the economy.

Central banks also conduct and sponsor extensive research on economic issues, like the Finance and Economics Discussion Series, which published a paper on the financial risks of climate change during the summer of 2022.

The damages will be deadweight losses, but the disruptions from destroyed crops, factories that have to suspend work or shipping disruptions, will likely cause shortages and inflation.

Policymaking in a democracy can be a contentious and disappointing area.

There are many interests and constituencies and even groups on the same side of an issue can find themselves at odds due to ideology, like environmentalists who oppose solar farms or offshore wind. It can feel dispiriting at times.

But policy also encompasses many levels and levers. And some things can have an impact that don’t even seem like climate policy, like cities planting street trees, which can help keep neighborhoods cooler in hot weather.

Like a lengthy baseball season, with policymaking sometimes you have to take your wins where you can get them.