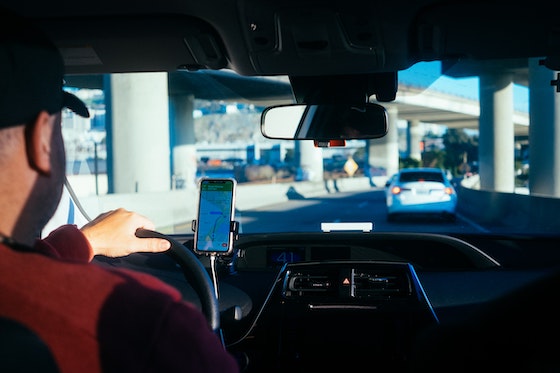 Strengthening Mobility Through the SMART Grant

The Strengthening Mobility And Revolutionizing Transportation (SMART) grants program is another effort by the United State Department of Transportation to fund transportation safety and efficiency, like the Safe Streets and Roads for All (SS4A) program, but SMART focuses on encouraging transportation agencies to use smart city technology.

SMART was established by the Bipartisan Infrastructure Act over the summer and is funded with $100 million a year through 2026.

Unlike the Safe Streets grants, however, SMART grants can also fund projects related to logistics, aviation, and improving the electrical grid for electric vehicles. The grants will fund up to 40% of a project’s cost for large communities and not more than 30% for midsize and small ones.

Many cities are finding the growth of online retail and same day delivery a source of many problems and challenges.

The multitude of delivery vehicles can make traffic worse — their frequent stopping increases pollution, their Diesel engines are a source of disturbing noises, and they are frequent hazards to bicyclists and pedestrians as they stop in bike and bus lanes, or on sidewalks to complete deliveries.

In addition, the popularity of delivery apps is a challenge to the survival of physical businesses. Business failures or closures in downtowns can contribute to people staying home and an area being perceived as unsafe.

Regular deliveries to restaurants and stores also pose a challenge to cities looking to promote walking and biking because trucks have gotten bigger, so they no longer fit in alleyways or driveways and instead park illegally on the side of the street in the bike lane or block sidewalks like their e-commerce counterparts.

Lastly, ridesharing services cause similar problems. A few of the methods cities are experimenting with include encouraging deliveries using e-cargo bikes, which Boston issued an RFP for in 2020 and Washington, DC’s 2019 pilot requiring delivery services to reserve time slots at curbs for pick-ups and drop-offs.

The electric grid is of interest to USDOT because the growing number of electric vehicles on the market.

The electric grid has two main issues with it: limited capacity and reliability.

Electric power is transported from where it’s generated to where it’s consumed primarily by high tension power lines, but these have limits — a wire’s conductivity increases with diameter and decreases with length and voltage applied, while wires near each other can increase the resistance in both, so the power lines have a limit before they’re melting themselves.

As a result, increasing capacity requires more infrastructure. Some gains can be made with timing — peak demand tends to coincide with summer afternoons and evenings, but the sheer number of electric vehicles is predicted to strain the grid regardless, according to Reuters.

In addition, the grid is vulnerable to climate change in general — hurricanes and wildfires can damage infrastructure, extreme heat can increase losses and dry up water sources for hydroelectric generation or cooling.

All that is on top of the strain of extra demand.

‍Resilience is a more difficult problem because events that damage the grid can also damage the resilience efforts — a hurricane can damage rooftop solar panels beyond repair and the smoke from wildfires can reduce their generation capacity and potentially damage them as well.

Some prognosticators and venture capital firms are betting that aviation will be a more important part of urban transportation than it currently is.

Right now, most people only fly between cities, with only very wealthy people using helicopters to fly around cities, notwithstanding a few charter services for tourists.

But technologies like drone delivery and air-taxis will change that.

If widely adopted, they will become a problem for landing, licensing and public safety.

Using drones and eVTOL (electric-powered Vertical Take-Off and Landing) vehicles would be an interesting way of addressing logistical problems, though they would intensify the demands on the grid.

By green-lighting the SMART program, USDOT is showing that it understands where the future of transportation is headed, and how private-public partnerships will play a major role.