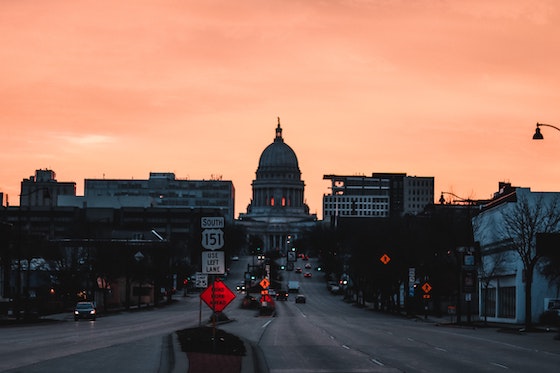 Madison, Wisconsin was already ahead of the pack with transit equity. Funding from the IIJA has supercharged their efforts.

When the Federal Government passed the Infrastructure Investment and Jobs Act (IIJA) in November 2021, it provided an opportunity for the United States, as a whole, to modernize our transportation networks. One city is already ahead of the pack: Madison, Wisconsin.

Prior to the IIJA, Madison had already been touted as forward thinking, thanks to the Greater Madison Metropolitan Planning Organization's efforts when redesigning its bus-only public transit system.

The Greater Madison MPO chose to integrate community feedback into their redesign plans, inviting local riders in the capital city/college town to provide ideas, concerns, and needs geared toward improving the transit.

Through the collaboration between federal and local government agencies, and the voices of local riders, a more prosperous, equitable transit redesign is on the horizon.

As of May 17, 2022, the plans for improving public transit have been backed by dollars — specifically to the tune of $592 million. The funding comes from the IIJA and will be administered over a five-year period for the state of Wisconsin.

Back in the capital city, the funding meant an exciting change in plans.

Originally, without the funding, the city had planned to invest in a fleet comprising only partly of electric buses (with the remainder being diesel powered).

Shifting towards electric-powered transit is one way Madison is working towards more sustainable and equitable transit.

The pollution generated from diesel emissions is estimated to cause 400,000 asthma attacks and 27,000 heart attacks annually. By investing in electric vehicle transit, Madison lessens the burden of interacting with diesel emissions, and reduces the costs of treating diesel-related health issues.

In addition to low emissions transit, the city has planned to increase bus frequency.

Starting in 2023, buses in Madison are scheduled to run every 15 to 30 minutes (an improvement from 60 minutes) within newly scoped core routes.

Increasing bus frequency provides riders with more reliable transportation. As such, this increased transit reliability ensures that community members will have the ability to participate in socioeconomic, and cultural aspects of the capital city.

Although Madison transit authorities are working to increase transit equity, members of the community have pointed out areas of concern.

The American Civil Liberties Union (ACLU) of Wisconsin has written to the city's metro department, outlining that the changes to the public transit may not be in compliance with the federal Civil Rights Act. The ACLU believes a redesign of the transit system may disproportionately cut service to the elderly, disabled, and low-income population — specifically on the north and south ends of the town.

Transit authorities have responded to the ALCU’s concerns, and have already planned to conduct an equity analysis later in 2022. As of post, the ACLU of Wisconsin is awaiting the completion of the report.

Striking the right balance between design, budget, and transportation equity requires thoughtful consideration. And challenges like the one outlined above are not unique to Madison, Wisconsin.

Fairness, safety, access, and dignity must be included in all transportation decisions.

Designing around transportation equity means removing barriers to access for all types of riders.

As seen in Madison, reaching equity is a journey, and success can be achieved through partnerships between transit authorities, the community, and data — with the latter proving potential to be a difference maker.

When it comes to this data, Urban SDK has multiple tools that help achieve transportation equity.

All Urban SDK users can log in and download data for any area in United States. Various datasets that tie to transportation equity include: population, vehicle accessibility, GINI index scoring, and disability, among many other socioeconomic measures.

And while it can all be quickly visualized inside Urban SDK's GIS Studio, Data Hub data is also compatible with all GIS software.

Data Hub includes metadata help resources for transportation planners to understand the metrics outlined in each dataset that is downloaded. The data provided in Data Hub can easily be joined to preexisting data to integrate into parallel surveys.

With regards to the case study of Madison, visualizing the needs of the north and south ends of the city can be achieved by combining Data Hub data sets and then breaking them down throughout the map layers.

Once the data is collected from Data Hub and plotted into a GIS, it is easy to get a sense of populations within your target area.

In the case of Madison, two map layers have been plotted in tangent in the image above.

A quick glance at the map below shows that the southern side of Madison has areas with higher populations of persons with disabilities. This is evident by the large swath of dark gray polygons.

This is one of the issues advocated by the Wisconsin ACLU: that spatial socioeconomic needs are taken into consideration when designing bus routes. The bus routes must justly service riders of all abilities, in an affordable, reliable fashion.

The platform's Insights feature provides trip data, which reveals where people are coming and going from (their origins and destinations). This data is aggregated to show movement every 15 minutes and is available for all areas of the United States.

By leveraging this trip data, stakeholders can highlight areas of importance across a city. Decision makers will see the trends of where people are starting from, and where they need to go.

These indicators can help transportation authorities decipher where public transit needs to be accessible.

To make more sense of the 67, 368 trips taken by the Madison, community in the map above, the trips taken during the weekday have been filtered within the MPO boundary.

On the map below, GIS data publicly provided by the Greater Madison MPO has been coupled with the Urban SDK trip Insights.

The areas with bold, red dots showcase the locations at which most people in the city are traveling to and from. Layered on top of the movement data, green dots indicate the bus stops in Madison most frequently used during the week.

The map can become even more dynamic when areas of interest are added into consideration.

When thinking of equitable transit, an area of interest might be medical facilities, polling stations, first responder locations, employment hubs, cultural locations, and other significant areas that communities must be able to access via public transportation.

This information stems from local experts and community members, but can be paired with transit data to help make design equitable transportation.

On the map below, several areas of importance have been identified, and marked by icons and labels.

A map can be used to present a view of the locations individuals may need to access to, as well as their ability travel using public transportation.

As demonstrated in the case study of Madison, it is imperative to compare, contrast, and analyze the different needs of populations when designing public transportation.

Allocating resources to these variables will result in an equitable transportation plan.

And, by incorporating transportation equity into plans, everybody wins — public health, safety, and quality of life will increase.

Although the decisions don’t start or stop with data, geospatial transportation data paired with local expertise provides the green light towards equitable solutions. 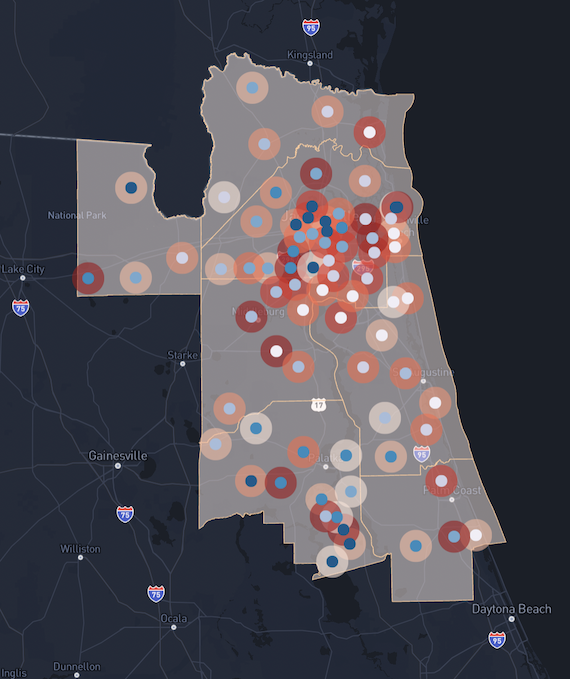 The Importance of GIS Data in Transportation Planning